The winter – while harsh and intolerable for some – can be a time of great fun for others. Several people take to winter sports for recreation, just as others enjoy summer activities. Favorite activities during the winter include skiing, snowboarding and sledding, among others. These exhilarating sports provide an exciting rush due to the high risk nature of such winter sports. Far from merely things to do in the snow, these sports have shot to Olympian status and world recognition. 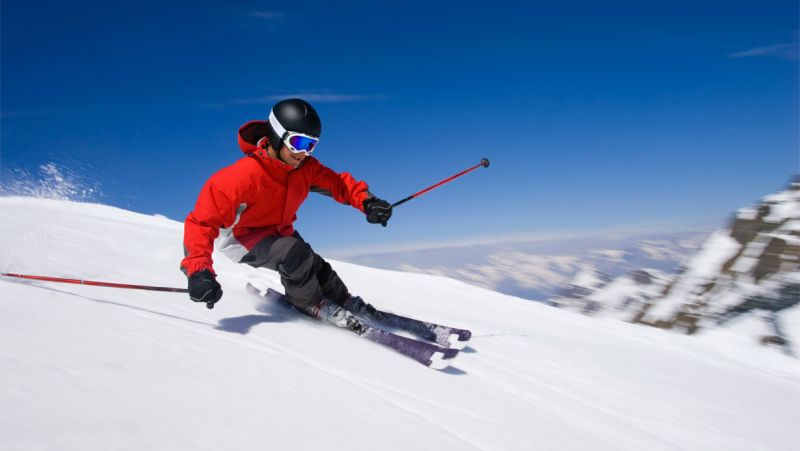 Skiing is one of the most popular winter recreational activities for people the world over. The sport of skiing began in Scandinavia as a winter resort activity. The fundamentals of skiing include wearing special boots which bind with the ski in order for the skier to maintain his or her balance. There are several different types of skiing, such as Nordic skiing. Nordic skiing includes events such as: cross-country, ski jumping and Telemark activities. However, the more common type of skiing is Alpine skiing, more commonly known as “downhill skiing”. Alpine skiing originated in the European Alps, and is characterized by a fixed-heel attachment from the board to the toe and heel of the skier’s boot while going, well, downhill.

The sport of snowboarding is another mainstream winter sport, often dubbed as an “extreme” sport. Snowboarding is characterized by a descending slope of snow with a board requiring a special boot attached to the foot of the rider, similar to skiing. Snowboarding was inspired by skateboarding, sledding, surfing, and skiing. Snowboarding first originated in the United States during the psychedelic era of the 1960s, and found its way to a certified Olympic sport in 1998.

Sledding (also known as sled-riding, sledging or tobogganing) is done seated in a prone position using a sled for sliding downhill. Sounds simple enough; however, it can be a great danger due to the extreme speeds accumulated during, as witnessed at last year’s winter Olympics. Sledding is one of three winter Olympic sports which include luge, skeleton, and orb sledding. These sled sports are based on similar principles developed during the 1870s.

While these sports may be tempting to try when visiting the slopes this winter, they can also be very dangerous if ill prepared. Many people are unaware of the dangers that exist from winter sports – thinking them merely to be fun, nonchalant activities. Contrary to that belief is the body of evidence that shows the fatal side of winter sports. For that reason, it is important to be prepared for all kinds of disasters that can occur on snow packed mountains. Lack of formal experience and knowledge of the local terrain are the main attributers to fatal or near-fatal accidents in snow sports.

Many people underestimate the danger of avalanches and falls in mountain areas ripe with snow. To put it plainly, just the weight of a single person is enough to start a snow slide capable of devouring human lives. Avalanche forecaster Thomas Stucki described this phenomenon as a “house of cards” effect, stating that average body weight can cause the upper layers of snow to part from the bottom layers, much like a house of cards toppling over. Even pacing slowly while snowshoe walking has dangers many don’t expect. Surviving an avalanche requires items such as a beacon, shovel and probe among many others. For this reason it is vital to bring the following list of items whenever travelling in a harsh winter environment.

What You Should Bring

Don’t let the dangers of winter sports scare you away from learning new activities on your winter trip. Winter sports present unique challenges that offer an experience unlike any summer sport activities. Just remember to bring proper gear and situate yourself with the environment. Doing so may save your life when trouble brews.

Are you an Freelance Writer and struggling to get orders? Then let me tell you that Write Zillas is a great place for the best freelance writers.

Now, you need not to worry about your paper writing assignment because My Paper Done provides the best paper writing help online.